The growth in player numbers over the past 5 years is a clear indicator to the quality of our club’s netball program and the people who manage it.

Our netball program is managed by a sub-committee which oversees all aspects of the program – this sub-committee consists of experienced netball players & coaches who understand how to create a program that is aligned to the needs of the playing group.

Our netballers enjoyed immediate success when our solitary team in 2015 won the Division 3 premiership. Further success followed in 2017 and 2019 when our Division 5 team won their premierships.

2019 saw our Masters team come away with a convincing win in the Grand Final to bring home yet another flag.  Our Division 2 team were again Grand Finalists.

Our Netball Co-Ordinator is Barb Traeger.  If  you have any queries about the Netball programme  please contact her on 0439 754 318.

Our Netball Coaching Team for 2021 is pictured below.

Bella, Tanya, Barb, Soph and Tess return to coach from previous years.  Kelly joins the team this year, and Hannah is giving coaching a crack while injured.  Our big in is Jules, who brings years of coaching experience with her and is hungry for another premiership under her belt! 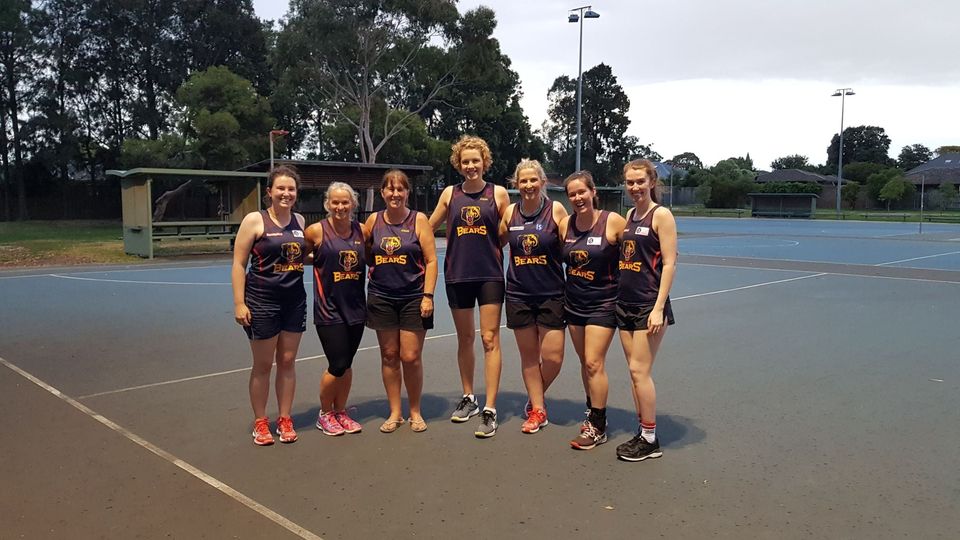